Australian company Rode Microphones is conducting a workshop on Miking Techniques called Rode Pathshala in 5 cities of India this week. I managed to attend the first one that happened at Connaught Place in New Delhi on 4th of September. Next session is being held in Kolkata on 6th Sep, Chennai on 8th, Kochi on 11th & in Mumbai on 13th Sep 2017.

I think it’s the first time Rode has organized something like this in India. The registration process was straight forward although not very professional. Rode India made an event page for each city and posted a google forms link for registration. I would have preferred a dedicated page on Rode’s website with more information and one place registration for all cities.

Finding the event page of New Delhi wasn’t very easy. My friend / protégé (Kp Singh) informed me about the workshop. He had to call the guys multiple times after they failed to send my registration confirmation. I never received a confirmation email but my friend was assured that I’m registered verbally. Maybe next time things get smoother.

We reached Delhi early in the morning and after some rest & breakfast langar at Gurdwara Bangla Sahib, we reached the venue, Hotel Hans at 8:40 am. I kept pronouncing it wrong (Hans as in Hans Zimmer) so the auto driver had a hard time figuring out where that was. We were the first amongst the participants to reach the venue. Reaching first is a great feeling, it boosts your self-esteem, so I try to experience that as much as possible.

The organizers were nice to wait for everyone to reach, considering the traffic of Delhi. The conference started around 10 am. The workshop/seminar was divided into two parts, 4 hours each. First one focused on the Studio based applications & techniques and second was focused towards people involved in filmmaking. I happen to be very much interested in both so I was in for a ride. We were greeted by people from Trimac Products, one of the dealers who was involved in organizing this event.

They welcomed Ryan White from USA & William Thompson from Australia. Just a look of foreigners makes people in India happy, and here were these guys from the company that I’m a fan of, to talk about stuff that I geek out on, how cool is that? On top of that, the guys brought dozens of chocolates from their respective countries to share with us. They were also excited to see us and share their knowledge.

Central Ideas of the Seminar

The session started with an introduction video about the company and its achievements in past 50 years. Then they talked briefly about the history of various microphones types and the manufacturing process of their updated NT1 Mic.

Then they started pouring knowledge on the participants. The core information wasn’t new to me as I’ve been using it practically from a long time. Still, I picked up a lot of new information, cleared some doubts and expanded my perspective from a gear manufacturer’s point of view.

The application part was the most interesting. They gave us a hypothetical situation where the sound source & location provided a certain challenge and we had to suggest the best possible mics for the given situation. This was a good exercise for the brain in understanding how to use the previous knowledge practically.

We had small tea breaks during both sessions and a lunch break in between sessions. Breaks were a good time to discuss topics in details with the guys. The special one was discussing best ways to mic a Tabla during lunch, all the guys were coming up with new & interesting ways to get the most done in less. I’ve had my fair share of Tabla recordings so I was able to contribute to the discussion as well.

The second part of the session had a very similar structure to first and a lot of concepts were repeated. The only difference was that this session was for “Audio” guys and not so much for “Music” guys. It was for people who are involved with on-set recordings, indie filmmakers who handle the audio department themselves, professional audio engineers who handle a fleet of boom operators in feature film productions, foley artists, Sound Designers, and so on. Thanks to some of the geek filmmakers in the audience, we discussed amazing techniques for miking in tough situations on set.

Not just the expert speakers from Rode, but sharing ideas with fellow participants was invaluable. I got to get in touch with new engineers, students, filmmakers, teachers, and dealers. On top of all this, we were handed out T-Shirts, certificate, discount coupon, brochures & other Rode branded goodies.

I could see some of the guys more excited about the goodies than the seminar itself. This was a very generous act from Rode’s part. Despite knowing that the event is for marketing of their product, there was a genuineness in the people representing them. That’s what connects a company to its customer because humans connect with humans, not companies. 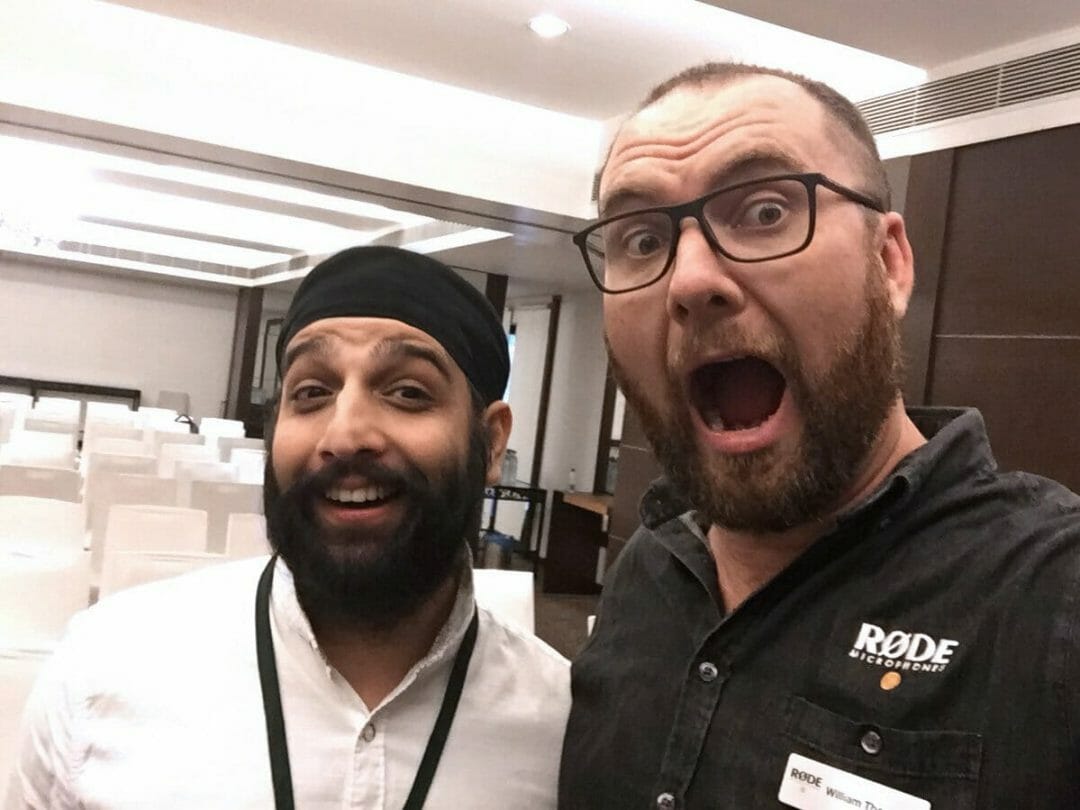 I have bought their products in past and I’ve encouraged a lot of my students to build their basic setup with Rode mics. They’re affordable yet very professional, so my go to choice in many cases. I’m sure a lot of Rode virgins will also get inspired from this Pathshala and try their microphones. I thank the guys at Rode for this generous workshop & hope to see more like this from them & from other companies.

Reach Your 100% Potential as an Artist!