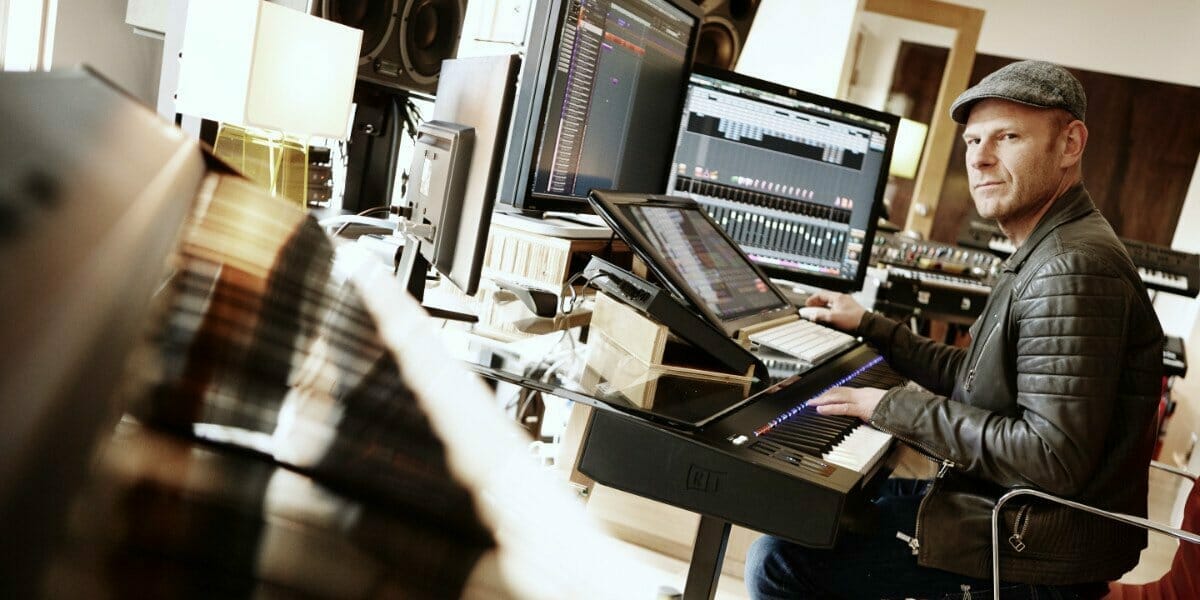 Here the list of Youtube channels (In no order) that I feel are great for film composers of all levels. I’ve personally learnt a lot from most of these. Its amazing how much free valuable knowledge, experts are ready to share for free. We’re living in good times, Enjoy!

This guy is a genius in the way he presents the ideas and techniques. His channel is growing really fast as more and more people are discovering him. He’s not just helping musicians and composers understand the role and power of music but also the masses and any effort to raise the music appreciation level of masses is a noble thing to do.

Whats On the Channel: Tutorials, Behind the Score, Talks, Studio Tours, Ask Me Anything Sessions

Class A composer teaches his techniques, shows his gear & walkthroughs of some of his scores, how awesome is that. He goes really detailed in his tutorials and teaches all his tricks that you’ll expect him to keep a secret.

Whats On the Channel: Quick Tips, In-Depth Tutorials, Interviews with Great Composers, Walkthroughs & In Action videos of their libraries

These Sample Library developers create top quality libraries and top quality videos (Visually and content wise). Tons of useful stuff on their channel. Their specific tutorials feature their own libraries, but most of the stuff is pretty universal and can be applied regardless of you being a spitfire user.

There is an extensive collection of content on Rick’s channel. The guy works very hard on the content of the videos videos ranging various topics and he’s got a lot to teach. This is without doubt one of the most important youtube channels for film composers and musicians.

Whats On the Channel: Detailed Walkthroughs of Sample Libraries, Tutorials, Live Streams, Behind The Scene

If you like Epic Music then Daniel is your man. Almost all his videos feature an epic track. His walkthroughs of sample libraries go very detailed and the hand on experience gives you a better idea about how the library can be used.

One of the best online school of music courses. Their courses are great and affordable but the video content posted on their youtube channel is also great (and free).

I totally love his Behind The Score Series where he recreates a famous score in DAW and educates about the composer’s choices & reasons for those choices.

Personal Vlog channel of one of the co-founders of Spitfire Audio. Tons of gems here and a Composer Vlogging? Awesome. The quality of his videos is top notch.

Keeps you in the loop with happenings in the music industry and tons of amazing interviews. They just started their Scene Study Series which looks promising.

His free masterclasses where he critics the community sent tracks is a goldmine and can teach you a lot. He also has tons of paid masterclasses on his own website (not very expensive).

Todd treats his channel like a proper channel. He has shows and they’re all great, I’ve found his content pretty valuable.

Co-Founder of Cinesamples posts videos based on his libraries but there is a lot to learn from them. The Composer’s Workshop Series is amazing.

Whats On the Channel: Tutorials, Tips, Hacks, Working in the Industry

I love Geoff’s videos. Lots of information packed in every single video and to the point no bullshit no drag videos. His hacks and tool recommendations are awesome.

I personally love learning with the notation system. Maybe because that’s how most of my teachers taught, but this really makes me think, visualize and approach my composing process in a very different way. This channel is definitely recommended by me, good stuff here.

Blakus creates fantastic mockups and I just love his compositions. Although he’s not super active on Youtube but the content on his channel is great.

Watching these videos is pure fun. You don’t realise when you’ve watched dozens of these videos and learned a lot without feeling.

Interesting tutorials. If you like Epic/Trailer Music & FL Studio then you’ll love this channel.

His streams a long & detailed so you get good ideas about the libraries that are used. Nice style of composing as well.

Stay up to date with what released, what is on sale, best deals & freebies. The best thing is that Reuben releases a show every week.

Exactly what the name says and they’re good at what they do.

On recommendation of the readers:

Whats On the Channel: Genre-Specific Tutorials

Another great Sample Library developers who’re going an extra mile to provide more value to composers. Like other developers their tutorials can teach you a lot regardless of you owning ProjectSam products.

Do you feel I missed anyone that deserved to be on the list of YouTube channels for Film Composers? Perhaps someone shouldn’t have been listed on the list? Do add your feedback. I hope this helps you progress your film scoring career in some way, as it helped me. I’m not gonna stay limited to YouTube Resources. I’ll research & post about best Podcasts, Online Resources & also Freebies, tools, etc. Stay Tuned & Subscribe below for interesting posts

Reach Your 100% Potential as an Artist!